Miss Chain of Lakes is named for the regional park in the northern part of the Twin Cities. The Rice Creek Chain of Lakes runs through several communities including Lino Lakes, Centerville, Lexington, Circle Pines, and Blaine. Lakes included are Peltier, George Watch, Centerville, Rice, Reshaunau and Baldwin Lake. The scholarship program focuses on interconnections between people and organizations. 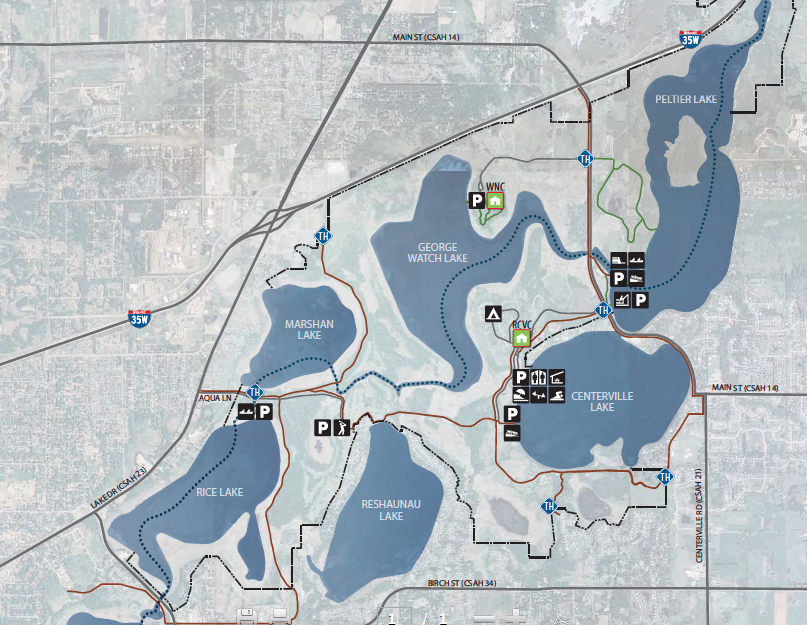 ​Executive Director, Miss: Katherine Majkrzak, whose hobbies include gardening and wine making, is a big fan of transformation. Her involvement with the Miss America Organization started when her daughter competed for the first time in 2007. Together, they share this journey of growth and transformation. Katherine leads a team of volunteers for the Rice Creek Watershed Stream Health Evaluation Program through the Friends of the Mississippi. An analyst with Medtronic Corporation, she has worked in the medical device industry for the past 20 years.  She has served on executive boards for Sigma Alpha Iota and YMCA.

Prior to entering the corporate world, she freelanced as a composer, vocalist and choral conductor in the Twin Cities. During that time, she wrote music and produced numerous concerts with a consortium of composers. She has written commissioned works for Twin Cities ensembles and collaborated with poets and choreographers to stage works at Landmark Center, Minneapolis Institute of Arts and other venues in the metro area. She served as composer in residence through the Faith Partners program, through the American Composers Forum. Her undergraduate and graduate degrees are in Music Theory/Composition from the University of Minnesota. She performed in a six week USO tour in Germany and was an exchange student in Brazil.

Katherine and her husband, Darrell, live by one of the Chain of Lakes and enjoy seeing the wildlife who visit their yard from time to time. They love to travel and have visited all 50 states as well as far off places such as Galapagos, Cuba, Chile, Peru, Morocco, and many countries in Europe.

Executive Director, Teen: Aja Majkrzak is a freelance violinist in the Twin Cities area. She graduated from the University of Minnesota in 2011 with a Bachelor's of Music and Louisiana State University in 2013 with a Master's of Music. While in Louisiana, Aja performed with the Baton Rouge Symphony Orchestra, Acadiana Symphony Orchestra, and Opera Louisiane and has shared the stage with many fine soloists, including Harry Connick Jr. and Audra McDonald. While at the University of Minnesota she was very involved in Sigma Alpha Iota, a women's music fraternity, and held the offices of Editor, Vice-President of Membership, and President.

Aja competed for the title of Miss Minnesota twice, and the title of Miss Louisiana twice, finishing as a non-finalist, top ten semi-finalist, and 4th runner-up. Though she did not achieve the ultimate goal of performing on the Miss America stage, Aja was able to make an impact on her community through her platform of Music Education. This platform work prompted her to pursue a teaching career in conjunction with her performing career.